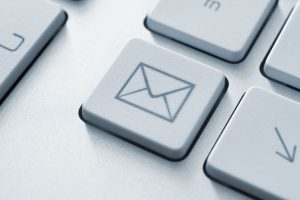 As Pam Neely (@PamellaNeely, @Copyblogger) has pointed out, preheader text that makes smart use of space is particularly important, because more emails are opened on mobile devices than on desktops.

So it behooves those of us who run marketing campaigns—or create content for them for them—to know how to optimize preheader text. And you know what preheader text is, right? It’s the text that follows the subject line when you open an email in your inbox. Your readers use it, along with the subject line, as a prescreening tool to decide whether or not to open your message.

Here’s what you need to do to create an effective a preheader.

As with your subject line, you’ll want to keep it brief so that emails client don’t cut it off. A preheader is valuable real estate; you don’t want to squander it by using more than 40-50 characters. iOS native apps may give you a little more, but keep your preheader short anyway. In this case, less really is more.

Think about how it will look

Preheader text usually appears next to the subject line, because the email client pulls it from the top of your message. Ms. Neely notes that preheader text can consume anywhere from 5 to 20% of a phone’s screen real estate, so you need to think about how it will look wherever it appears. (Some email campaigns bury longer preheader text in the body of their emails for better use of the screen and readability.)

Your subject line and preheader appear next to each other, so they should play nice. As Ms. Neely says, “ … the two need to work together to tell a cohesive story rather than be thought of as two separate parts of your email campaign.” This really makes sense, and it drives home the point that even with limited character count, you still need to think in terms of telling a story.

Include a call to action

The best crafted message comes to naught if you don’t tell your audience what you want it to do—which is to open your email. Why not do it sooner, rather than later? I add, a call to action is great, as long as it isn’t misleading. You never want to squander potential good will.

If you’re like me, you complain about how you’re buried under an avalanche of email. You probably have even unsubscribed to various lists. (Which you end up nullifying by opting into others that seemed really, really interesting.)

I still think of email the same way I do about getting a package in the mail. Yes, it’s old fashioned, and yet the excitement of double-clicking and reading the particulars of an offer has undeniable appeal. Just make sure that your message delivers on the promise of your subject line and preheader.

I highly recommend Susan to anyone who needs clear, concise written copy. She can ‘translate’ complicated subject matter into understandable and even entertaining English. And she works fast. What’s more, I have found Susan to be extremely careful, conscientious and pleasant even when deadlines loom.