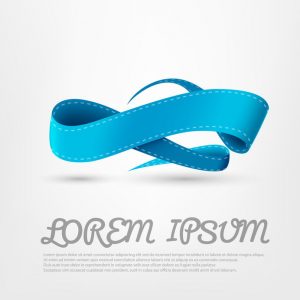 How many readers have heard the cautions against using filler words or have even been called out for using them in their speech? Chances are almost everyone can cite an example.

But in a recent HBR article, Allison Shapira of the Harvard Kennedy School explains why filler word such as “um” and “ah”—or “so” to start sentences and “right?” to end them—can actually be useful.

She comments, “Used sparingly, there’s nothing wrong with filler words.” Used excessively, however, they make you look unconfident and they reduce your credibility. One scholarly study says that the average listener thinks they make you seem anxious or unprepared.

If you’re going to use filler words, says Ms. Shapira, here are three strategic reasons for their use:

You want/need to be diplomatic

The example Ms. Shapira provides is of doing a training at a global company where management was so sensitive to feedback that employees were at pains to avoid offering offense.

Remedy: Cushion how your message comes across by using a hedge word like “just” or a phrase like “we may want to consider.”

You want to hold the floor

In some organizations, if you don’t use a filler word, everyone assumes you have finished and jumps right in

Remedy: Use fillers as strategic placeholders but be clear and concise or you’ll be interrupted any way. In my opinion, this remedy speaks for working hard to improve how you present your ideas, whether formal or not.

You want to jump into a conversation

If you wait for a pause or to be invited, you’ll wait forever.

While you’re at it, says Ms. Shapira, stop using these hedging phrases:

Remedy: Show creative thinking with stronger language, such as “Let’s look at this from a different perspective. What if…?” In my opinion, this language also positions you as taking responsibility for what’s coming out of your mouth.

Remedy: Instead, say “thank you,” so it doesn’t appear that you’re apologizing for interrupting or speaking up. If “thank you” doesn’t work for you—as it doesn’t for me—think of something  that feels more powerful or graceful.

What I found most useful about this article is that it liberated me from guilt over the occasional use of filler words and made me aware of the ways in which they can be used effectively. The article also helped me understand how important it is to polish your speaking in public venues so you sound as though you have something worthwhile to say.