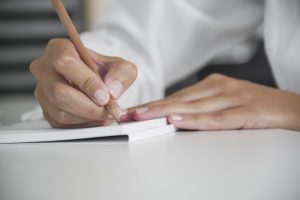 A big thanks to Marcia Yudkin for offering a quick peek at stylometry, a field that—among other things—considers gender differences in writing. Stylometry examines sentence structure, punctuation, emotional intensity, and things vs. relationships to determine whether a writer is male or female. Note that the notion of gender differences in expression has also been furthered by the work of Deborah Tannen, a professor of linguistics at Georgetown, and the author of “You Just Don’t Understand: Women and Men in Conversation.”

An article in the Chicago Tribune entitled “Gender shows up in writing,” draws on the work of a team of computer scientists from the Illinois Institute of Technology and Israel’s Bar-Ilan University to highlight specific gender differences in writing.

Here are a few of the differences the team—Shlomo Argamon, Moshe Koppel, Jonathan Fine, and Anat Rachel Shimoni­—came up with:

Practically speaking, stylometry can be useful in homing in on anonymous communicators. This happened in the case of the Unabomber, whose brother compared his manifesto to his known writings and came up with his identity. And some readers will remember that the ransom note found in JonBenét Ramsey’s home was presumably written by a woman. Not surprisingly, computer scientists have developed tools like Gender Guesser and Gender Analyzer. They’re about 60 to 70% accurate, which is better than the 50% result yielded by random guessing.

In the end, does it really matter whether writing slants male or female? Both men and women are capable of producing good, clear written communications regardless of differences in expression. In my view, that’s what counts.