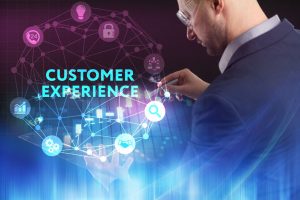 When you think about brand innovation, what do you think of? If you’re John Rossman, a former Amazon executive, you think of Amazon. For good reason.

Back in March, which seems so very long ago these days, Mr. Rossman wrote a wonderful article for Branding Strategy Insider, “How Amazon Thrives on Being Misunderstood.” (By the way, Mr. Rossman has also written a well-reviewed book, “Think like Amazon: 50 ½ Ideas to Become a Digital Leader.”)

He starts by asking about Amazon’s greatest innovations. Some, such as drones, cloud computing, and Alexa, are impressive, but the real chart-toppers are Free Everyday Shipping, Prime Loyalty, and Item Authority. (It was Item Authority that led to Amazon breezing past eBay as the “destination site for third-party sellers.” ) The common trait each of these features share is that they are customer experience and business model innovations. And, as Mr. Rossman puts it, “What they also have in common is the fact that incumbents are industry pundits woefully underestimated their impact on the industry and the bottom line.”

Some otherwise bright people—Larry Ellison, Mike Glenn of FedEx, and Mark Johnson of Foot Locker—thoroughly debunked what Amazon was up to, in quotes that probably embarrass them now. (Check out the article, whose link appears earlier if you want to be amused and educated.)

According to Mr. Rossman challenging assumptions about how things work or “should” work will bring the doubters swarming. But over the years, Amazon has kept its head down and moved ahead, impervious to criticism and taking the longer view. A quote from Jeff Bezos: “ … inventing and pioneering involve a willingness to be misunderstood for long periods of time … we don’t make money when we sell things. We make money when we help customers make purchase decisions.” Yeah. Mr. Rossman points to “Look Inside the Book” as a feature that initially called forth skepticism and alarm from publishers and required a huge investment in technology—but proved to be a huge success. Think about it. If you’ve bought a book on Amazon, haven’t you checked it out first by looking inside?

There are two sides to brand innovation, or being misunderstood, to consider says Mr. Rossman. The first is that if the usual suspects are not being negative, you should worry. And the second side is how you prepare stakeholders such as investors and partners for the changes you plan. Amazon, he notes, consistently reminds shareholders in its annual letter that it will “not sacrifice long-term value for short-term results, and it will be misunderstood.”

In assessing your brand innovation and potential disruptiveness, Mr. Rossman suggests that you ask yourself several questions: When have you done something that helped customers but disrupted cherished business tradition? How would the customer experience change if you started fresh? What brand innovations/business model changes might work for your industry?

Like some folks, I guess, I’ve cheered Amazon’s speediness and convenience. At the same time, I’ve been disquieted by reports of its poor treatment of employees and its tentacle-like movement into so many aspects of daily life. In pointing out the courage and single-mindedness it requires to be truly disruptive, this article has helped me balance my view of what Amazon is about. Probably not enough to sign up for Prime again, though.

I highly recommend Susan to anyone who needs clear, concise written copy. She can ‘translate’ complicated subject matter into understandable and even entertaining English. And she works fast. What’s more, I have found Susan to be extremely careful, conscientious and pleasant even when deadlines loom.