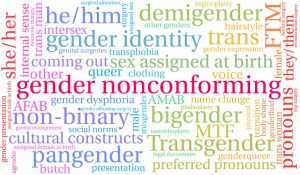 Before the new year gets too much older, I’d like to reflect on they, which was Merriam-Webster’s word of the year for 2019. ()

In the words of this august organization, they “reflects a surprising fact: even a basic term—a personal pronoun—can rise to the top of our data.” Searches for they “increased by 313% in 2019 over the previous year.”

The folks at Merriam-Webster go on to say that the English language lacks a gender-neutral singular pronoun, and they has been used for this purpose for more than 600 years. Further, these experts note that they is now being used to refer to people of nonbinary gender identity. British singer Sam Smith, for example, has announced that they prefer they or them as their personal pronoun.

Hokay. Still sounds odd to me, but I’m onboard.

Now, here’s another use of they that I am not overjoyed about. For example: “XYZ Company has pioneered this technology. They are redefining … “ One can definitely make a case for XYZ Company as a collective noun that can be considered as singular or plural. (See page 220 in “Woe is I” by Patricia T. O’Conner. And yet, I find something jarring about its use as a plural. So if you send me something to edit that refers to what seems to be a singular entity as a plural, you’ll get it back as a singular pronoun and verb. As in “XYZ Company has pioneered this technology. It is redefining … “

And now, as a special treat, a Sam Smith video.